Whether cooking shows on TV, recipe videos on social media or above-the-line food advertising: The big topic of food is booming in the media world. Never before have people shown such a great and wide interest in food and healthy eating. Things like locally sourced food, sustainable agriculture, organic food or going vegan keep people thinking, but the desire to cook and enjoy is also unbroken. There’s an endless supply of inspiration for new recipes and food preparation coming from cooking shows and social media. Food advertising also benefits from the ongoing food trend and reaches their target audience with commercials. A successful product video for food aims to spark curiosity and whet the viewers’ appetite, encouraging them to buy food or cook at home. With an easily accessible topic like food, there are many options. What matters most in a stunning food advertisement is to appeal to the viewers’ senses. Melting cheese, smoking grills, steaming bread – all of this makes our mouths water. With a great concept and the right food film producers, commercials, product videos in the food sector and other campaigns become literally a treat. But enough about theory! We have selected some best-case examples for you that show how successful “food” video conception works. With strong images, a lot of drive and the right concept, these film productions will whet your appetite for more.

Subway shows with their food advertising how individuality works

Eating is about human relations and being together. We meet our co-workers for lunch or sit at the table with our family at home. At the same time, eating is a very personal and individual matter. With their “Meet and Eat – The Subway Experiment” campaign, Subway focuses on the uniqueness of their products. They want to prove that with a “modular principle” approach everyone gets their perfect sandwich. The idea for the advertising film was simple: 8 people, 65 ingredients, 20 questions and in the end everyone receives their perfect and unique sandwich. What makes this so special is the human aspect, i.e. getting to know the customer personally, reading and assessing the other person during a conversation. In the end, this is how the customers’ personal feel good food is created. The shoot of the commercial with director Christoph Baumann and DoP Martin Niklas was a rather complex thing. Four agencies and three customers required a team of 18 people with four cameras on site. The three days of shooting in Munich happened in the first week of January when usually no one is working – a challenge the team mastered perfectly. Personal interview situations with a look behind the scenes were shot on site, giving the advertising film a very personal and authentic look. At the same time, the photos for the campaign and for a large-format poster were shot. After 15 days of post production, 8 main films, 16 cutdowns, 2 overall films and a total of 16 teasers were published in different social media formats. A really big project that proves that, even with lack of time and challenging conditions, professional and high-quality results are absolutely possible.

Panasonic combines technology and fun in their video concept “Food”

Want to know how to present a bread maker in a modern way and with the right “Look and Feel”? Watch the advertising film Panasonic used to present their new bread maker “Croustina” to an international audience at the IFA industrial fair. To present their product on the European market, Panasonic Europe hired agency Shanghai.Berlin. We got to shoot the “Croustina” product films as well as the key visuals and campaign motifs together with Panasonic Europe and Shanghai.Berlin. Photo and film shoots were done at the same time on three sets in Rosenheim. In the end we had a product film that was characterized by quick cuts, several separate areas of action and flowing movements, but also by bright colors and a warm atmosphere. The commercial perfectly conveys the symbiosis of innovative technology and the fun of baking with friends and family. Klaus Einwanger was responsible for direction and photography.

Gerber whets your appetite with both food and advertising

Glowing pieces of coal, creamy grilled cheese and a summer barbecue evening – the advertising spot by Gerber, THE specialist for fondue cheese, needed just a few elements to bring that barbecue feeling to life. Gerber had launched a grilled cheese that is grilled on a barbecue rack just like a steak. This barbecue setting was exactly what the TVC focused on. With barbecue crazy crew, agency Ogilvy Switzerland had brought some real experts to the grill and behind the camera. For two days we were busy shooting and taking photos, in our studio and outdoors, barbecuing and tampering with large cutlery. Klaus Einwanger took on not just one but two roles in this project. He excelled behind the camera and as a tabletop director alike. The result: a short and crisp spot that makes you want to have a barbecue right now!

On a camping trip, when watching soccer or at a family party – there’s always a barbecue happening somewhere and that’s when Weber comes into play. For a 15-second “tag-on” in addition to the Europe-wide Weber Stephen TV commercial on German television, featuring soccer star and Weber brand ambassador Thomas Müller, we took on the part of production. A summerlike and sunlit basic setting required by creative agency Fuenfwerken Design AG was the framework for one day of shooting. For the location we decided on an outdoor setting on the famous Bavaria Film site in Grünwald (Munich). Art director Ana Parreira (Fuenfwerken) and stylist Carline van Oil (agency Rouge) were responsible for the set design. Director and creative director Frank Breidert developed three variants of the spot and DoP Christof Oefelein (BVK) chose a camera and light setup that ensured a constant, “sunlit” look for all variants and angles, regardless of external influences. Agencies Pearls and Producers Friends provided the extras, and CineMobil acted as a technical service provider. As producer, Christian Weischer was responsible for the production and Martin Erd was the sideshot photographer.


In food video production, producers use images and scenes that appeal to the senses. Because when it comes to food, it’s about more than just products. It’s about enjoyment, sociability and fun. Eating is a sensual thing and perfect for use in food advertising. Outdoor scenes in a garden such as barbecuing bring atmospheric images to the screen and convey the right feeling to the audience. Studio scenes stage the products perfectly. With a team of experts for all steps and details, such as the right lighting and sound, food advertising becomes a unique and image promoting product video in the end. Are you looking for the right full-service film production team for your commercials? The filmmakers are at your side with their expertise from the beginning to the end of your food project.

Are you curious? Here you can discover even more about the FILMER! 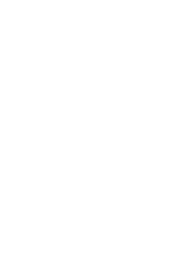